"Basically any archaeological material found in UK soil or UK territorial waters, more than 50 years old and regardless of monetary value, requires an individual export licence to leave the UK."
Source?

Yes, I know you are shocked.

When I read it, one word came to my mind, Pedantic.

At the risk of looking pedantic myself:

A pedant that keeps a school i'th' church. Shak.

2. One who puts on an air of learning; one who makes a vain display of learning; a pretender to superior knowledge. Addison.

A scholar, yet surely no pedant, was he. Goldsmith.

ped·ant·ry (pdn-tr)
n. pl. ped·ant·ries
1. Pedantic attention to detail or rules.
2. An instance of pedantic behavior.
3. The habit of mind or manner characteristic of a pedant.

pedantry
Noun
pl -ries the practice of being a pedant, esp. in the minute observance of petty rules or details.

I think documenting any coin 50 years old or older, regardless of value qualifies as a demonstration of pedantry or pedantic behavior.

For example, according to Krause & Mishler's Standard Catalog of World Coins, the lowest mintage for a British Victorian Farthing is 713,000 for a 1875 Farthing which has a collector value of $9 USD in Fine-12. That is about £4.50 GBPs. Many that are found by metal detectorists in the UK are only found in AG-3 to VG-8 condition which I think would be about Poor to Fair by UK grading standards. Coins like this are routinely and legally sold in group lots on eBay often inexpensively at a cost less than £0.50 pence each. 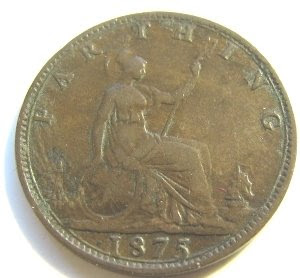 Hey - that belongs in a museum!

That belongs in a museum too!

Provenance, pedigree and/or export licenses for a coin like that shilling? Extreme. 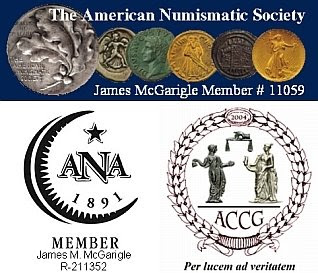 The rule in New Zealand covers items over 60 years old, but fortunately the Royal Numismatic Society of NZ (in the person of an experienced dealer) had some input in the pre-legislatiion stages and managed to convince the authorities to see some sense; there is now a limited list of NZ numismatic items that definitely may not be exported (like about three items), and any about which the authorities have any queries will be referred to the RNSNZ for an opinion. Not a bad model, so far anyway.

Sounds good Martin. What I wonder is if you have 2 old coins, all things being equal - 1 is from an existing collection, 1 is from a recent metal detectorist find but has been cleaned - how does the Postal or Customs employee know the difference?

I've personally bought group lots from both Australia and New Zealand (mainly predecimal coppers and silver stuff) and have had no problems. I never got the impression the dealer had to go through any redtape or hoops of any kind to mail them to me.

Hopefully common sense will continue to prevail over the statist models proposed by more radical types.